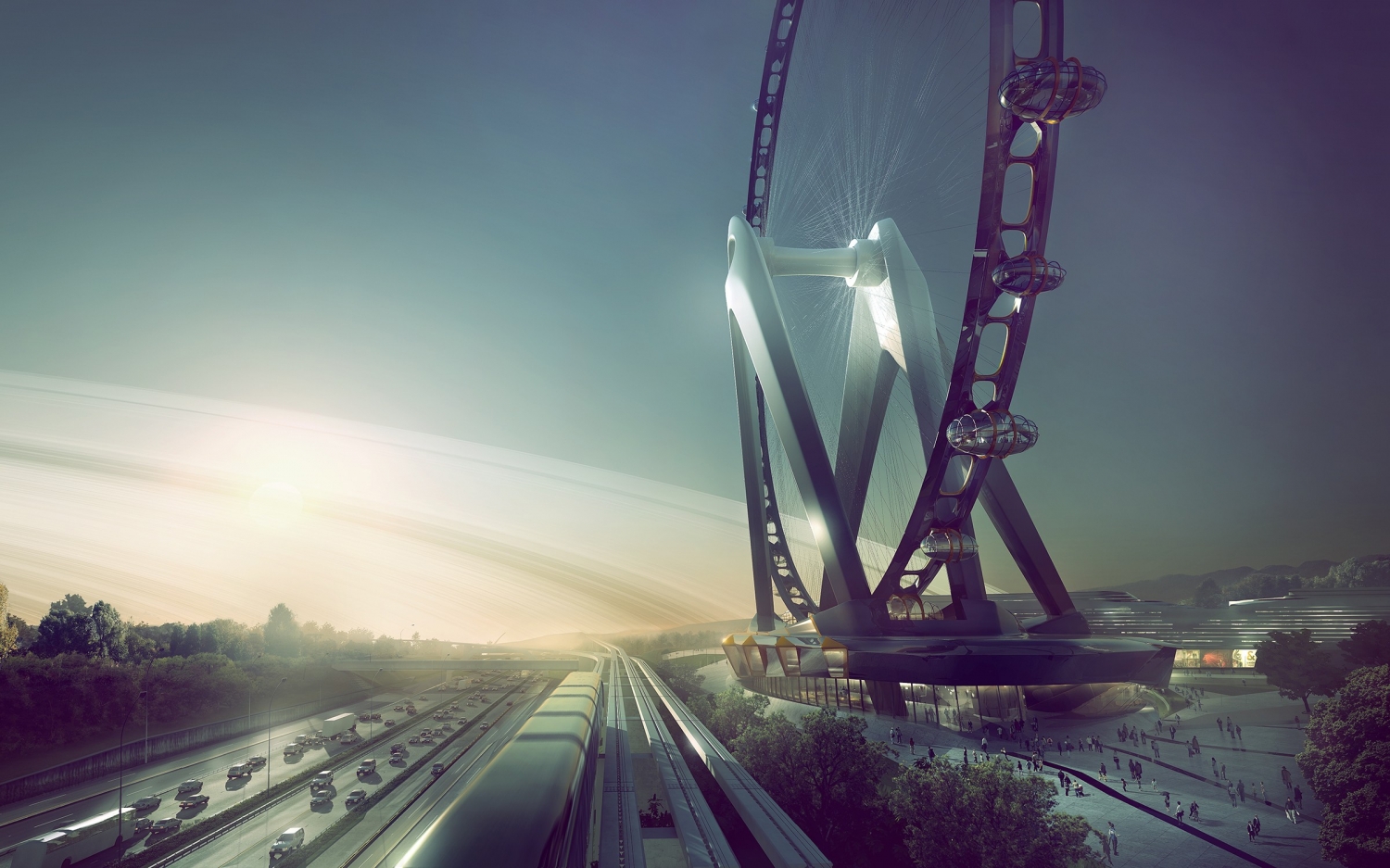 Ben van Berkel (born 1957) is a Dutch architect. He studied architecture at the Rietveld Academy in Amsterdam, and at the Architectural Association in London, receiving the AA Diploma with Honours in 1987. In 1988 he and Caroline Bos set up an architectural practice in Amsterdam named Van Berkel & Bos Architectuurbureau, which realized, amongst others projects, the Karbouw office building, the Erasmus Bridge in Rotterdam, Museum Het Valkhof in Nijmegen, the Moebius house, and the NMR facilities for the University of Utrecht In 1998 van Berkel and Bos relaunched their practice as UNStudio, the UN standing for "United Net". UNStudio presents itself as a network of specialists in architecture, urban development and infrastructure. With UNStudio, van Berkel has built several projects, including the Mercedes-Benz Museum in Stuttgart, a façade and interior renovation for the Galleria Department store in Seoul, Korea, and a private villa in up-state New York. Current projects are the restructuring of the station area of Arnhem, a masterplan for Basauri, Spain, the Dance Palace in Saint Petersburg, Russia and the design and restructuring of the Harbor Ponte Parodi in Genoa. In 2009 New Amsterdam Pavilion in Battery Park in Manhattan was revealed.The pavilion was presented to the city of New York by the Dutch government to celebrate 400 years of relations between New York and the Netherlands.