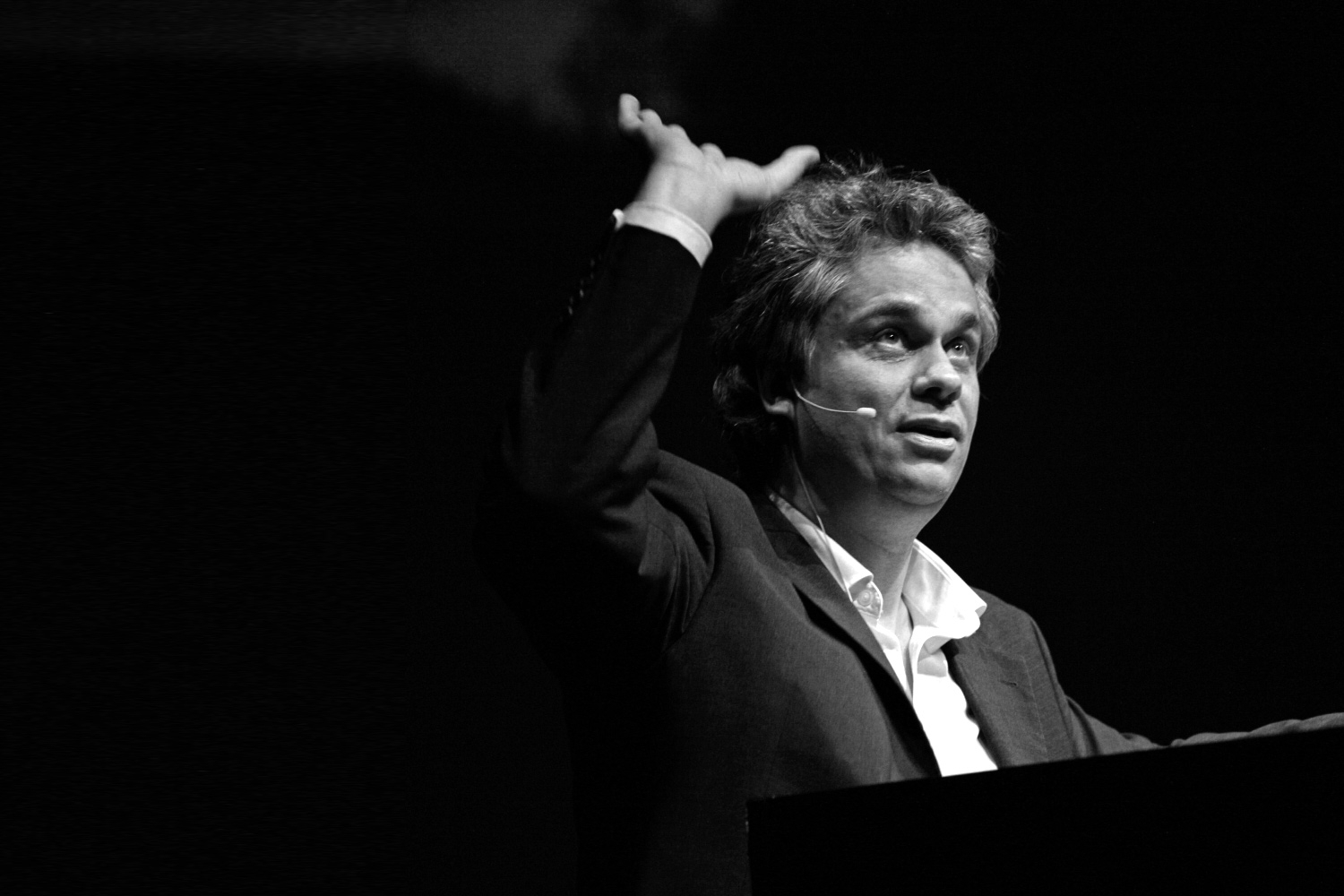 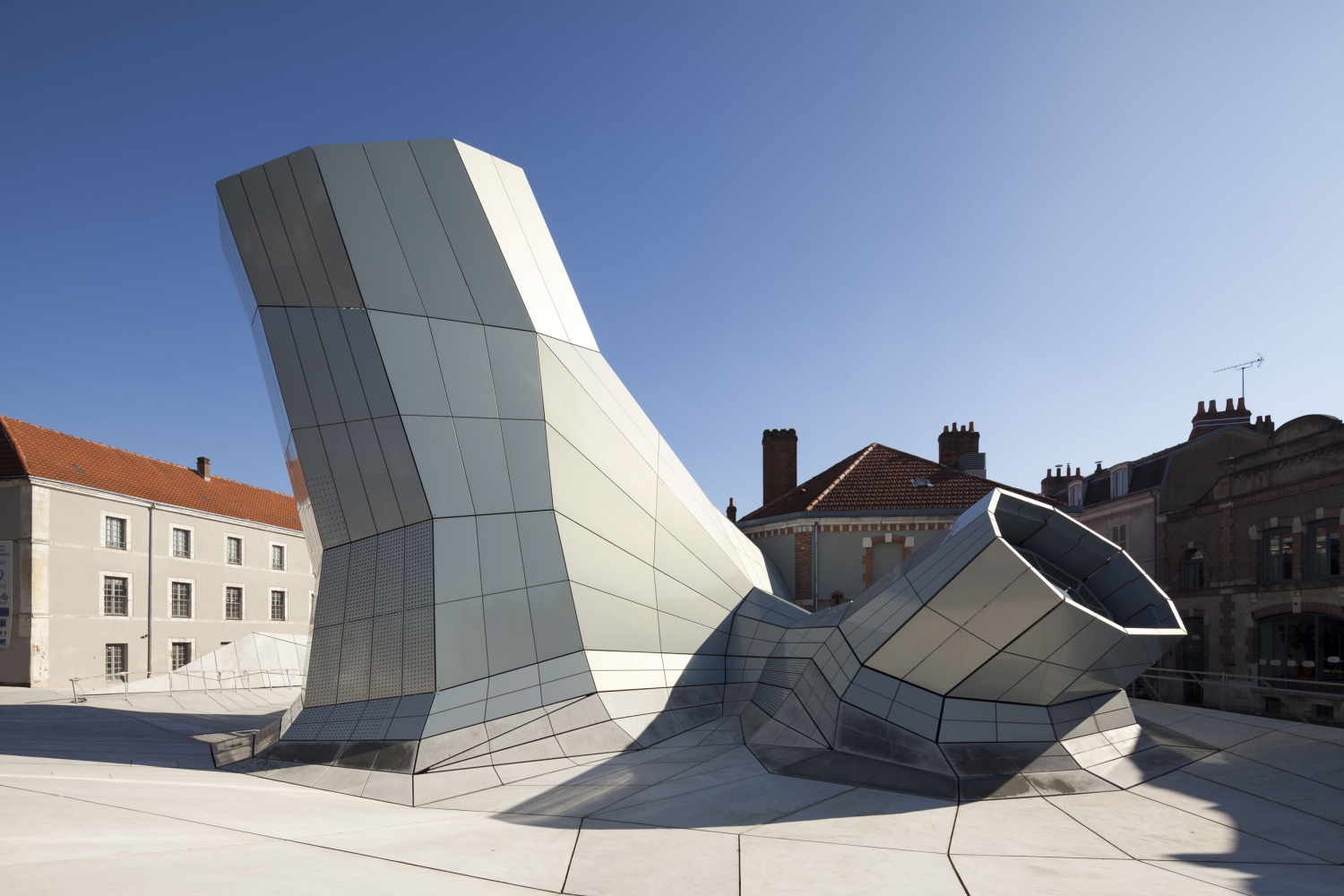 Lars Spuybroek broke onto the international scene of architecture with his water pavilion on the island of Neeltje Jans (1993–1997), a building consisting of two halves of which he designed the silvery freshwater part. The renowned architecture critic Charles Jencks qualified the building in The New Paradigm of Architecture as “yet to be surpassed.” The water pavilion is the first building that has an interactive interior where visitors can transform sound and lighting conditions by actively using sensors. It also has a so-called continuous geometry, where floors, walls and ceilings merge into a smooth whole. This form of blobitecture was later officially coined "non-standard architecture" at the large group exhibition of the same name at the Centre Pompidou (2003) in Paris. This architecture advocates a technological revolution where powerful computing-tools are deployed to replace simple repetition of elements by continuous variation. The computer is used as much in the design (CAD) as in the manufacture (CAM) and sometimes even in augmenting human experience. These techniques are extensively discussed in his books titled NOX: Machining Architecture (2004) and The Architecture of Continuity (2008). Though the projects seem very experimental, in interviews Lars Spuybroek always rejects a connection to futurism (which generally refers to the car- or filmindustry) or organicism (referring to natural forms) and only points at historical examples. Among these are Gottfried Semper’s Der Stil (1852), Wilhelm Worringer’s Form in Gothic (1911) and William Hogarth’s The Analysis of Beauty (1753). Other influences that are often quoted are D'Arcy Thompson's On Growth and Form (1917) and the work of German architect-engineer Frei Otto. One of the traits common to all these is a sinuous complexity and delicacy of form, another that the aesthetics are more of feeling and bodily experience than of mental judgement. Blobs he dismisses as "uncontrolled variation" and being "at the low-end of architectural articulation."He has a strong belief in the cultural effects of new technologies: "Soon it will be possible to have completely unique parts in a built structure for a price that before would only be possible through huge amounts of repetition - a variable prefab, or as it is called in production terms, mass customization. We are dissolving the opposition between elitist handwork and machined parts, between emotionality and high-tech, between Art Nouveau and Bauhaus." In 2001 his design for a new WTC in New York brought him renewed international attention. A few years later, in 2004, several works of Lars Spuybroek were completed. In France the Maison Folie de Wazemmes was opened, a cultural center at the heart of a derelict area in Lille. In the Netherlands the D-tower was completed, a large, interactive sculpture for the city of Doetinchem which he created together with Dutch artist Q.S. Serafijn. This tower connects directly to a website that surveys the emotional lives of the inhabitants. Close to Eindhoven, in the small city of Son-en-Breugel, the Son-O-House was opened, an interactive sound sculpture conceived together with composer Edwin van der Heide.